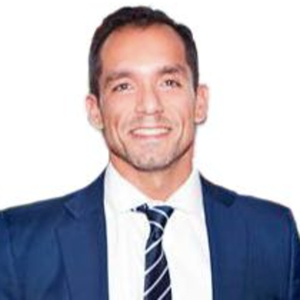 “Our goal is to help restaurants provide an outstanding dining experience for their guests. TableCheck is a necessity for the industry that helps solve myriad of difficulties in one single system”

As humans, we discover our true ‘mission’ in life though experiences and the people we meet throughout our careers. In the case of Taniguchi, the core motivation that drove him to his business idea came from his experience working at a credit card company. Here he explained how it all started:

“[I got the idea] when credit card payments for restaurant bookings became popular among the hotel industry,” Taniguchi said.

"The industry became concerned about whether they could secure cancellation fees. The convenience of online reservation trend was benefitting the whole hotel industry and customers greatly, however a serious issue had also surfaced, where hotels were unable to collect the cancellation fees from diners that did a no-show or sudden cancellation.”

By making credit card information a requirement during the online booking process, these problems faced by hotels and restaurants, were solved at once.

After seeing how online reservation systems with credit card information and payments became the hotel industry’s standard, Taniguchi realized this would soon become mainstream in catering and beauty industries as well. He chose the first flash marketing business utilizing group purchasing coupons for restaurants in Japan to be the next career step.

As the only Japanese among the four founding members, Taniguchi focused on business expansion, and this business model has spread throughout Japan rapidly.

“Although it is common to make online dining reservations, paying the usage fee in advance, even if in the form of using coupon, was not one of the customer behaviors up till now. I felt that was a major turning point when competitors such as Groupon and PontaWeb joined the competition.” Taniguchi said.

Taniguchi founded TableCheck in 2011, wishing to create a new in-house service that combines restaurant introduction and flash marketing. As a result of all previous careers experience, these business ideas were born. More than anything, Taniguchi’s own love of having meals in restaurants also played an important role.

“I have an immensely high Engle’s coefficient (the proportion of money spent on food in household expenses). I wanted to create a world where not only the hospitality industry, but also users who use and greatly contribute restaurants, could be happier and hence excite the entire industry.” Taniguchi said.

His first business was flash marketing for members with gold cards. Taniguchi business model was to encourage reservations with advance payment, and notifications to customers about special offers received from select restaurants. He partnered with major gourmet sites, and was also involved in the agency business of proposing promotions of restaurants.

“However, I kept being turned down by every restaurant I contacted. The majority believed that it was impossible to deliver this properly,” Taniguchi said. “From the restaurants’ perspective, they certainly wanted to attract more customers, and they also had the sense that they should better utilize the internet. However, all reservation information from multiple reservation websites and calls were still being recorded and on paper ledgers. The restaurants needed highly specialized central data management, and none had been developed or introduced back then.”

Although there were a number of online restaurant reservation services with convenient functions for customers appearing one after another, the restaurants' side has been totally left behind. After seeing this, Taniguchi was firmly convinced that “the world I am trying to achieve will not be able to be realized unless I could solve the fundamental problems of using old-fashioned ledger management”.

He decided to shift his business model to a system development business with a focus on engineering, with an image of a new digital ledger in Taniguchi’s mind.

“I thought if we could digitize the operating status of restaurants, more service providers may be willing to utilize this information. For example, when a restaurant allocates tables for Gurunavi (Japan gourmet website), no reservations from Gurunavi would be accepted if those specific seats filled up. Yet when calling the restaurant directly, these seats were available for booking. This affects the reliability of the website. I was thinking of making it a HUB that could digitally control and manage the overall operation status,” Taniguchi stated.

It is also possible to make companies’ own their own reservation portal and bypass their normal booking providers according to Taniguchi. In addition, he suggested promoting the restaurants in travel media considering the rapid increase in the number of foreign tourists.

“First, I tried to understand the current situation of reservation management by visiting and interviewing hundreds of restaurants. As expected, most of them are still using paper ledgers, or other systems such as Excel, in-house systems, OpenTable system developed by a United States company, or simply write the reservations on the calendars,” Taniguchi said.

After seeing the analog and inefficient restaurants’ operation in the world, Taniguchi realized that the business he was trying to run would be definitely accepted by the market. He shared a PowerPoint presentation with engineers about the UI and system structure in his mind, and this started the development of TableCheck in early 2013.

Achieving the ideal system after a 2-year period

The development of the prototype was relatively smooth. Still, it took a long time for the customers to be satisfied with it and accept the monthly charge.

Taniguchi said, “while receiving feedback from the restaurants which have joined the testing, I kept upgrading the system version, but it is challenging to 100% fulfill their requests as they still keep the paper ledgers in their minds. Paper ledgers are infinitely flexible and universal, and also could solve things or problems that are not able to be handled by the rigid system.”

Even evaluating the system from an objective perspective, it was already convenient and qualified at that time. However, Taniguchi ensured that it is necessary to fulfill all the customers’ requirements.

“Reservation management is not the main task or focus of restaurants’ staff. Like anyone else, they do not prefer additional workload in their daily routine, hence the system may not be needed if it could not help them to achieve the ideal operation,” Taniguchi said.

The test operation kept going on without any income, but an increasing development cost. Taniguchi felt it was just like the company was running through a tunnel with no idea where the exit was.

“I have come so long in the process of developing the system, and it is impossible to go back after such a long way. I have no choice but to proceed, although I was worried about the cost," Taniguchi said.

Still, Taniguchi believes that the TableCheck system must be appreciated by the market, with the results of great reduction on the burden of backyard operation, and radical changes in the restaurants’ operations.

“The system would be definitely useful for restaurants and it could also benefit the customers in the end. The correct answer is right in front of me, and letting this opportunity slip through my fingers at this stage is not my style,” Taniguchi said.

"The system would be definitely useful for restaurants and it could also benefit the customers in the end. The correct answer is right in front of me, and letting this opportunity slip through my fingers at this stage is not my style," Taniguchi said.

In February 2014, about two years after starting development, all test users finally felt satisfied with the system and agreed to the charging. A system that covered all tasks when restaurants manage their reservations has finally been released.

“Currently, I still upgrade the system about 300 times every year, and I would say it is almost 90% done. I will continue the development until the final version that is as close as possible to the paper and pencil could be achieved,” Taniguchi said.

The second stage of entering the worldwide market

As Taniguchi expected, loud responses have been received soon from the market. Nowadays, TableCheck has grown to the number share in Japan's hotel industry. Eminent hotels such as Hilton, Intercontinental, JR, Otani, and Okura are listed as our customers. However, Taniguchi is aiming further to realize his goals that have never changed since he started this business. “Realizing the outstanding and best restaurant experience is my ultimate goal," he said.

"To achieve this, we have to be able to collect and deliver some necessary information by creating a portal site that directly connects the digital ledgers of restaurants that are using TableCheck service.“

Harnessing the power of data

First, the universalization of instant reservations, which allows customers to make bookings on the same day when they visit restaurants. The second is assisting restaurants to connect with their regular customers more actively and independently without relying on advertising media. Lastly, improving customer satisfaction by collectively managing the data received from different phases, such as information retrieval, reservation, restaurant visit, payment and evaluation, which have been separated before.

Taniguchi said, “if data could be aggregated, we could know more about what types of customers visit the restaurants for which purposes, which menu they enjoy most, how much they normally spend, what are their feedbacks on the restaurants’ service and food, what are their cycles and practice of using restaurants—all these customer attributes from various angles could be visualized," he explained.

"This allows restaurants to serve and respond to regular customers with detailed correspondence while supporting the operation at the same time. Customers are very likely to spend money again on their favorite restaurants if they have a satisfying dining experience. I consider this as the value generated by an outstanding restaurant experience. TableCheck is the first stage of this whole process, and we will connect it step by step to the second stage, which is the portal site released in 2017.”

The evaluation and feedback from a foreign-owned hotel gave TableCheck the “confidence to compete in the world”. Take Taiwan as the outset, we started our transactions with foreign companies. Taniguchi attributes the special strength of TableCheck to 100% considering voices from the field, the technical capabilities that turn those opinions into shape, and the fundamental approach to the business models.

“While there are numbers of models that provide online reservation systems will be created for every successful reservation in the world, we are only focusing on pursuing the essential elements that could connect the restaurant ledgers and users. Instead of giving priority to the development of advertisement-related services to increase the number of online reservations and our revenue, we have decided to only charge for a monthly fee from the very beginning as we are aiming to optimize the best restaurant experience, not the best restaurant search. It would be ideal if customers could make reservations through the restaurants' own homepages,” Taniguchi said.

To pursue his unshakable faith and goals, Taniguchi will ask and examine himself again and again, in order to upgrade not only the system but also the business model itself.

As a “perfectionist”, Taniguchi is going to rise to the challenges continuously.

Winston is the Country Manager for TableCheck's Australian operations. Before joining the company, Winston has worked and delivered technology solutions for restaurant and hotel groups in Europe and Asia.

Let TableCheck manage your restaurant while you focus on growing your business and delivering what you do best - creating unforgettable experiences for your guests.

Thanks for subscribing!
You’ll start receiving all the latest news from TableCheck straight to your inbox.

Sorry, there was an error.

Thank you for contacting us.

Our team members will reach out to you shortly.

Sorry, there was an error.